The Sistine Chapel in the Vatican was built by Pope Sixtus IV in the 1470s. In the chapel, there were six windows on both long walls, the altar, and two windows on the entrance wall. In 1508, Pope Julius II commissioned Michelangelo to make the ceiling frescoes of the chapel. Michelangelo would work, was about 14 meters in width and 41 meters long. In this work, Michelangelo worked alone on the scaffold he had built himself and completed this enormous study of more than three hundred different figures between 1508 and 1512.

Michelangelo picture the nine chapters of the Bible in the central section of the ceiling. Michelangelo placed the figures of the Old Testament prophets in the vault beginnings between the windows on both walls of the chapel. He also depicted the figures of the female priests believed to have foretold the future of Jesus. He painted all these people as powerful male and female figures sitting on marble benches, deep in thought, reading, writing, discussing, or listening to the sound coming from within. The marble benches where the figures sit are decorated with children's pictures. All these figures were sculptures and had strong muscles. He showed these figures which were much larger than the real human dimensions in various postures, dressed in different clothes, and turned into beautiful fabrics.

The five oracle's women and seven prophets painted by Michelangelo on the ceiling; 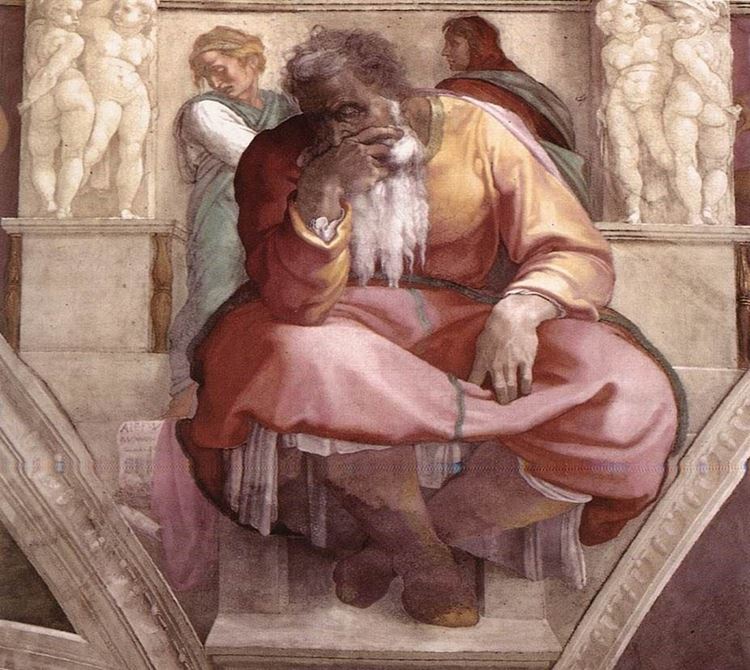 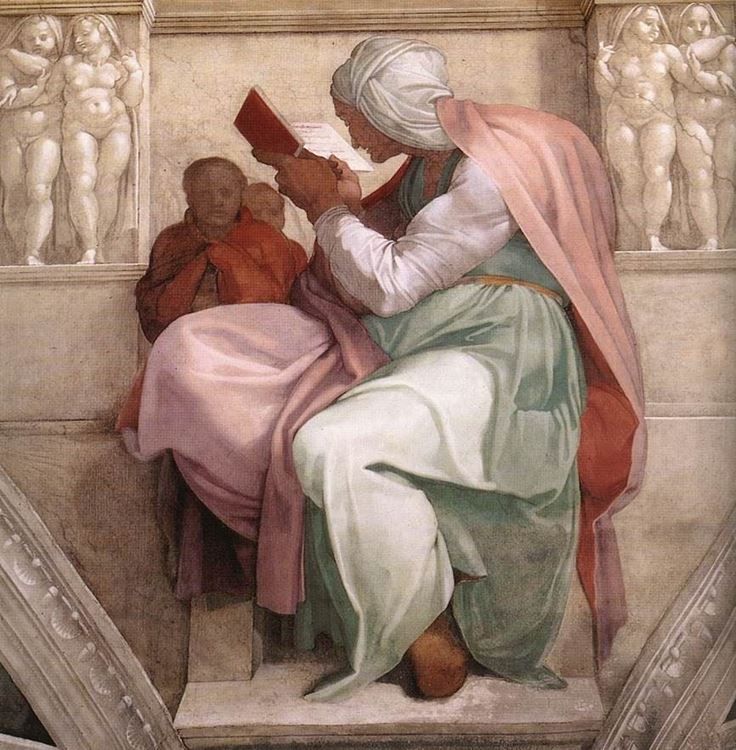 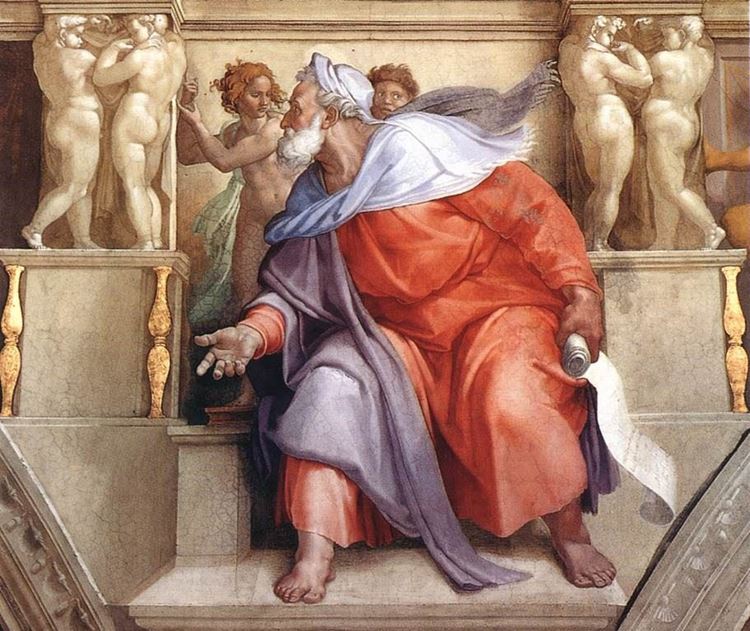 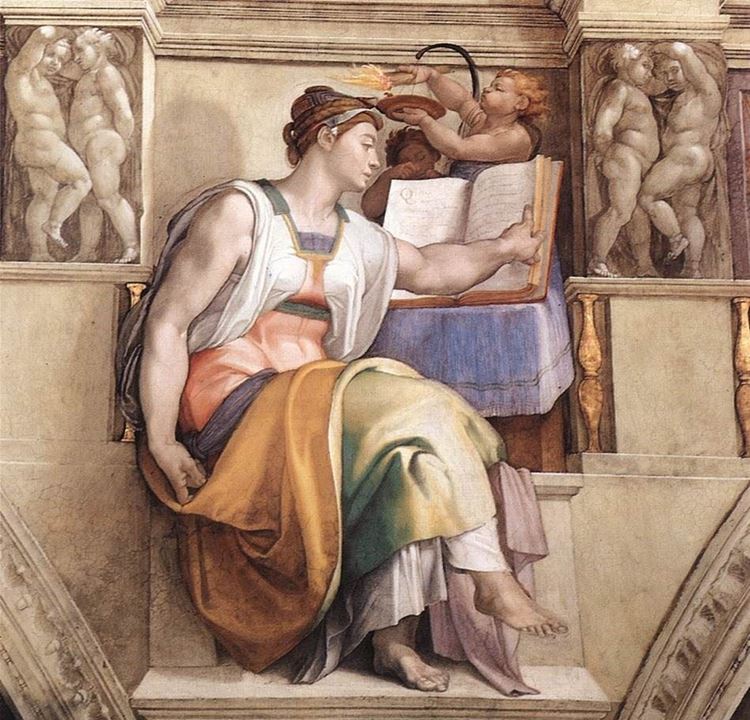 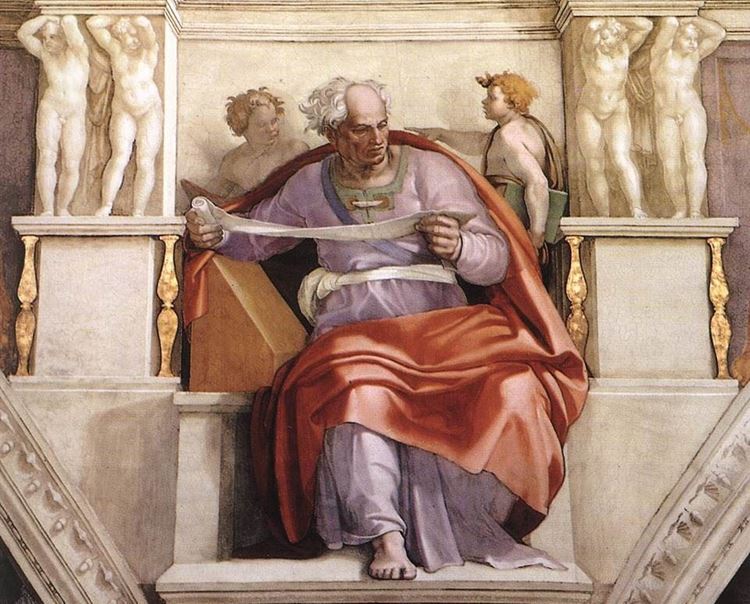 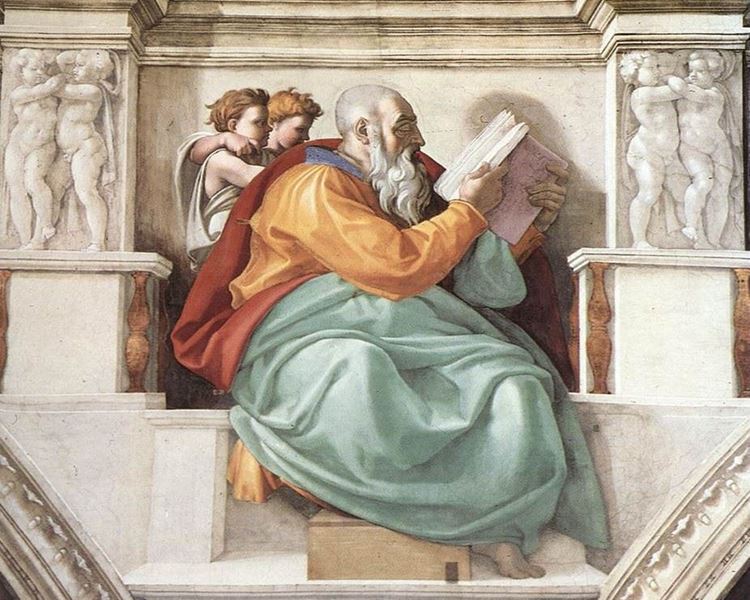 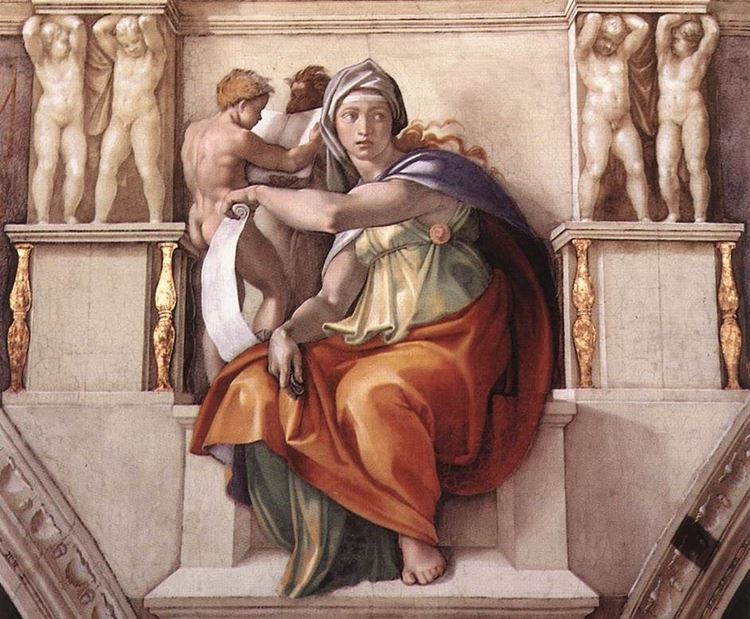 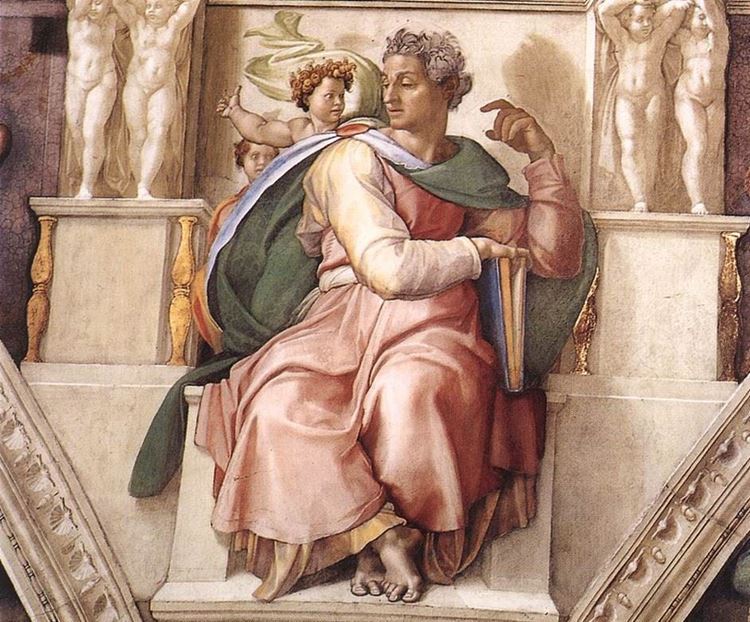 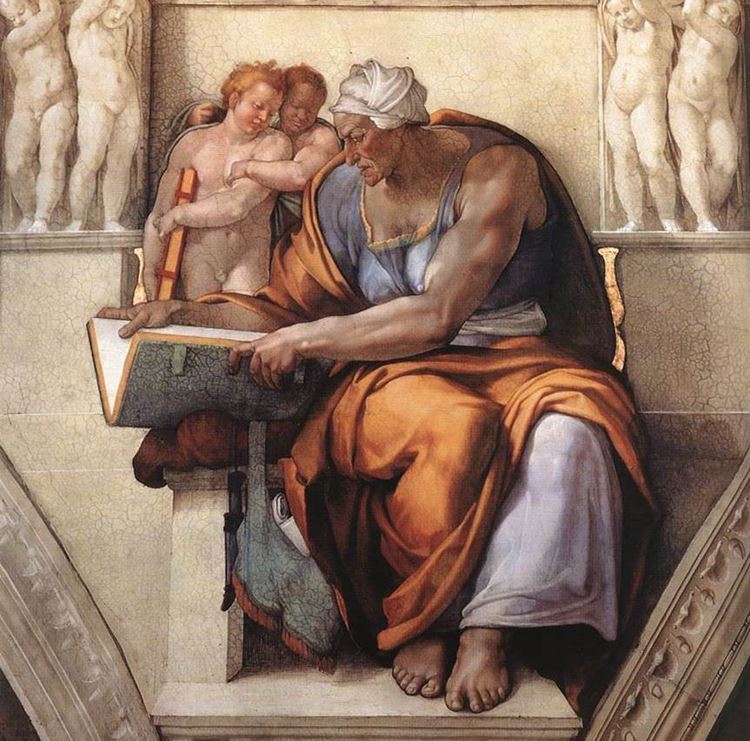 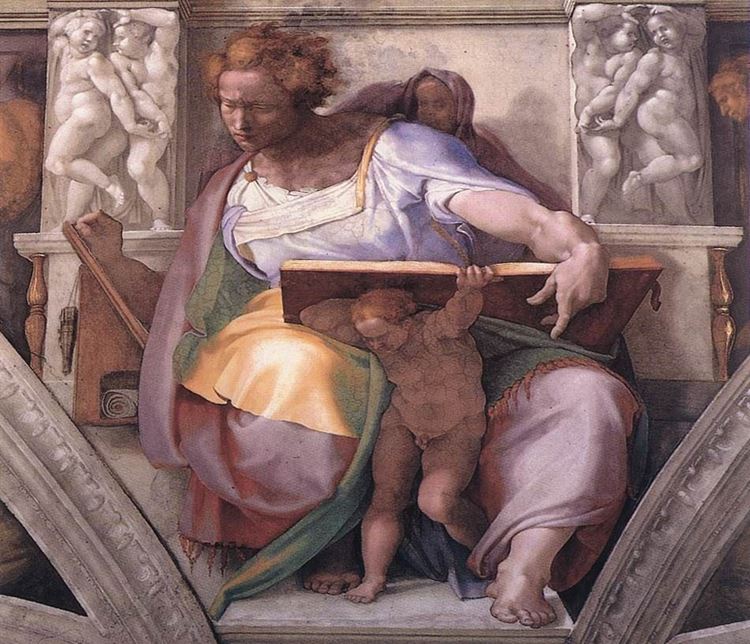 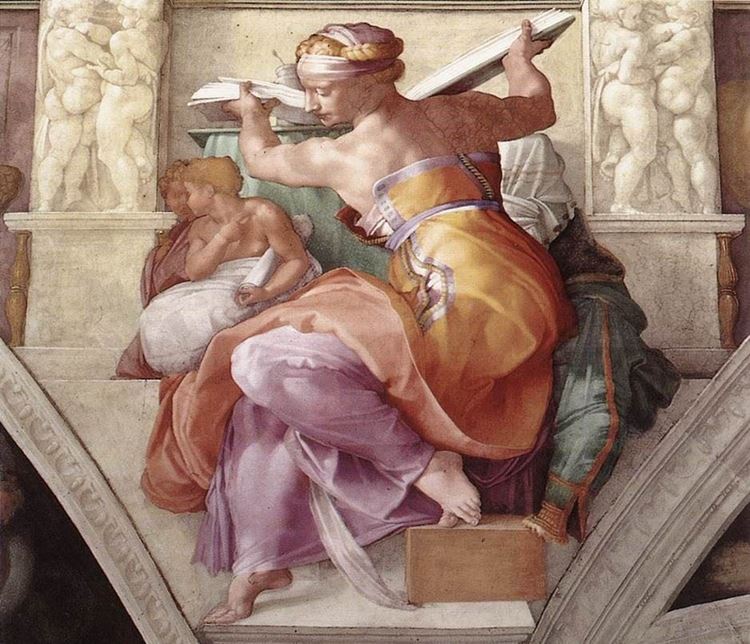 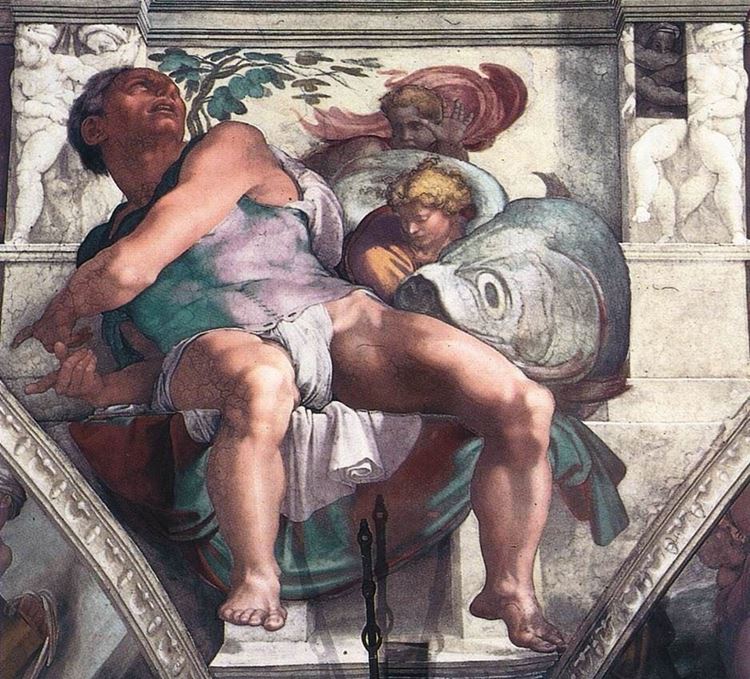