"The Luncheon on the Grass" Scenes

In 1863, only half of the paintings applicant to Paris's famous painting exhibition "Salon" was accepted. Upon the complaints of the artists that were not included in the exhibition, Napoleon III. allowed him to organize another exhibition under the name of "Salon des Refusés".

In this exhibition, the painting "The Luncheon on the Grass", which depicts a naked woman among the two men dressed in Manet's picture, causes a scandal. This painting shows the Parisian men at lunch in the grass. The classic is not traditionally dressed. Manet opposed the traditions by portraying real people in a modern world. It was found unethical by critics. 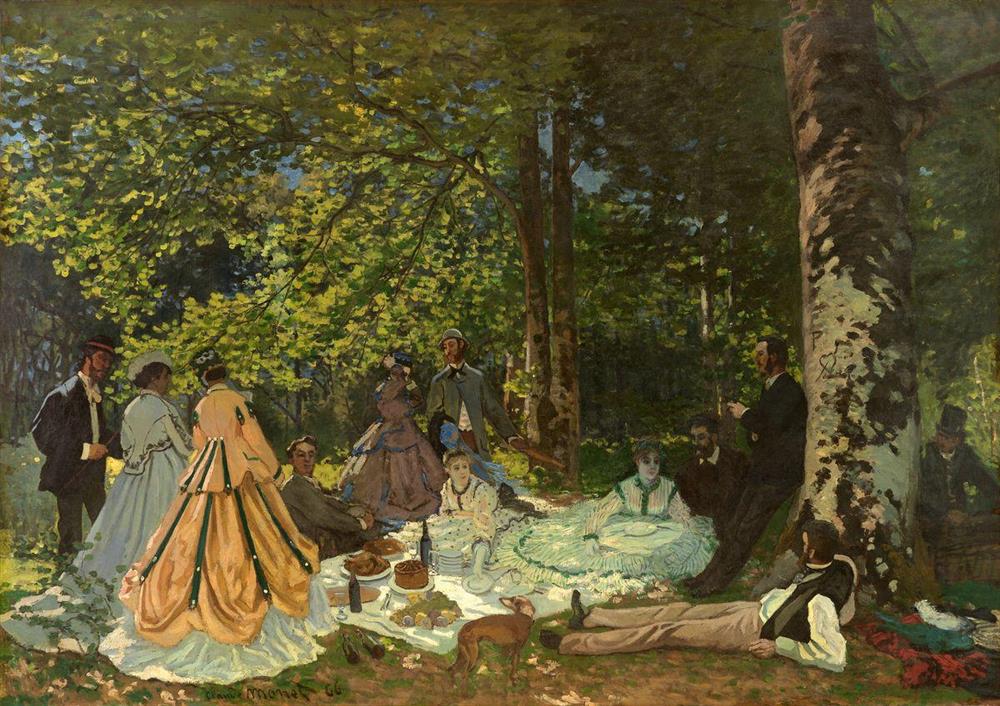 Monet also designed a painting in 1865 with the theme of this work. Monet tries to make a more realistic arrangement. Naturally sized figures give the feeling of a real moment. This studio picture is the result of weeks of work outdoors.

Manet became one of the leading figures of the Paris art community in the 1870s. Manet's paintings were a shock for those who visited the "Salon". But he won the admiration of the youth. Cézanne was also a fan of Manet's works. The two paintings of this period were a direct reference to Manet's works of "Olympia" and "The Luncheon on the Grass", which led to a major scandal a year ago.

Picasso, however, discussed the subject of "painter and his model" in variations of Manet's "The Luncheon on the Grass". The 1961 variation included all the basic elements of this classic. The versions of the master by Picasso are among his finds a place among the most famous paintings.