Sistine Chapel in the Vatican, Pope It was built by Sixtus IV. Pope Julius had Michelangelo commissioned the ceiling frescoes of the Sistine Chapel. The length of the thin, long ceiling that Michelangelo would work on was about 14 meters wide, 41 meters long. In this work, Michelangelo worked alone on the scaffold he set up and completed this huge work, which included more than three hundred different figures, between 1508 and 1512.

Michelangelo picture the nine chapters of the Bible in the central section of the ceiling. These stories were illustrated in four consecutive large and five small areas. He had placed a strong, athletic, four-naked figure on the edges of small areas known as ignudi. These figures carried in their hands with herbal ornaments, veils and they carried bronze medals depicted in other stories. The scenes were designed to be read from the altar to the door in sequence. But Michelangelo had begun his work with the opposite side. In a way, he had worked contrary to the historical sequence of events.

The nine main scenes, sorted from the altar to the entrance of the chapel;

1) Separation of Light from Darkness 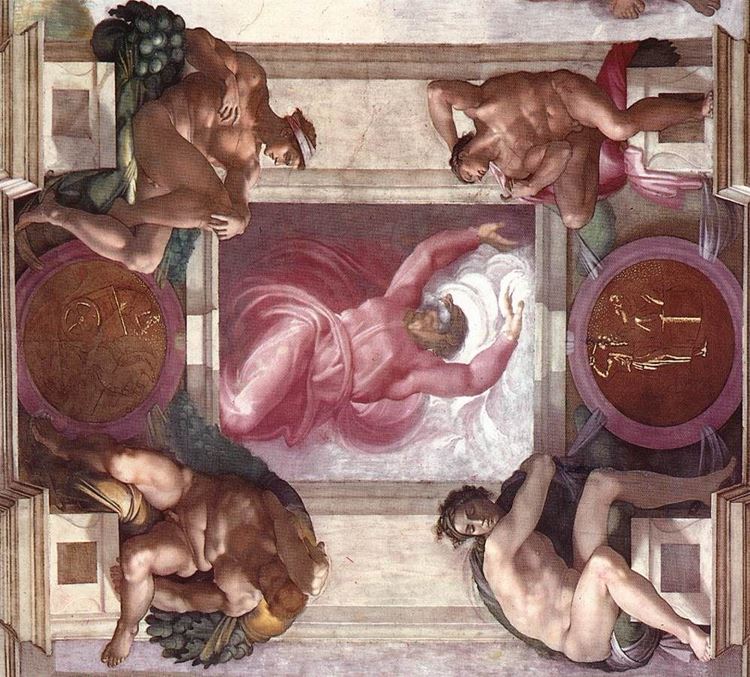 2) Creation of the Sun, Moon, and Plants

3) Separation of the Earth from the Waters 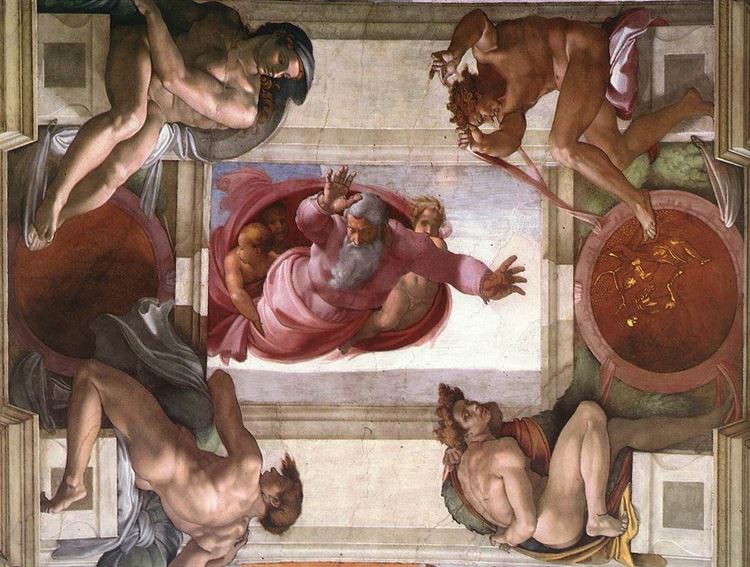 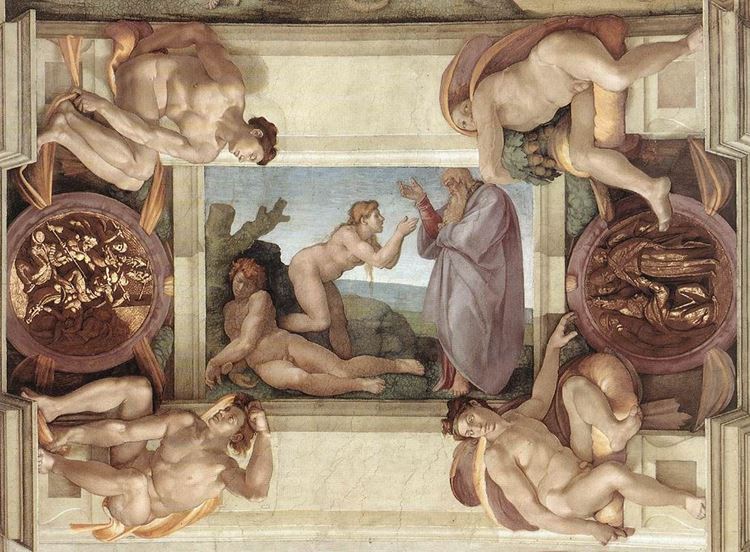 6) The Fall and Expulsion from Garden of Eden 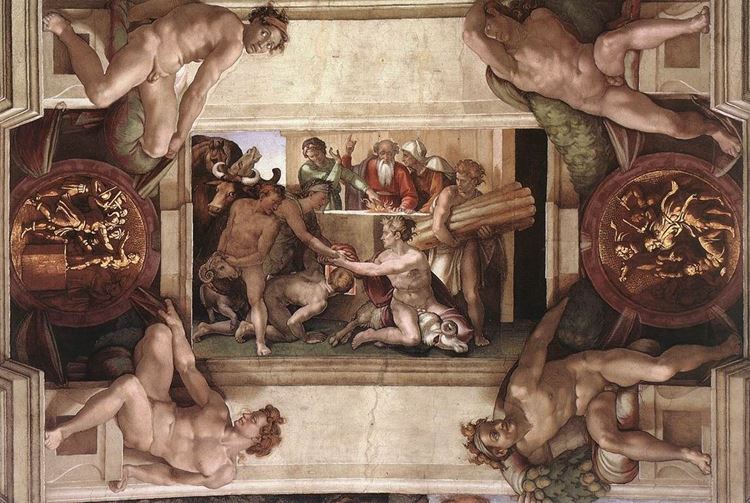 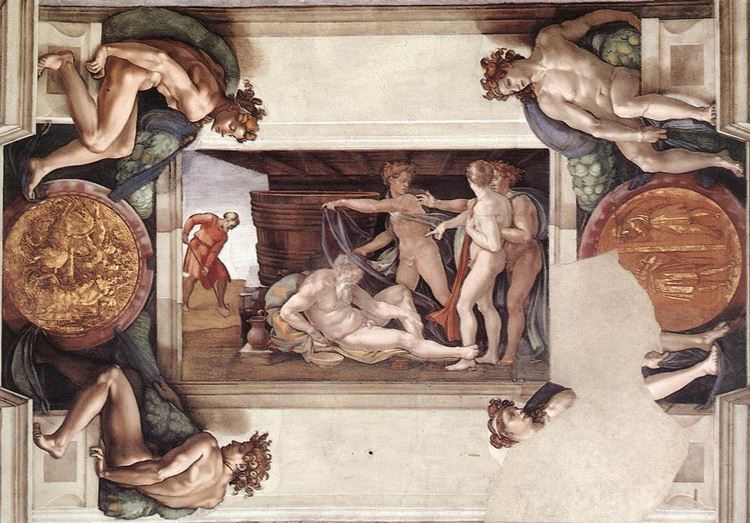