Haroun Binous had an interest in the Roman Empire since childhood. He made it a hobby of reading long hours of books about the Roman Empire and researching emperors. This curiosity led him to research the facial reconstructions of Roman emperors. But it didn't get any results. Using his imagination, he realized the project with his curiosity about what the Roman emperors really looked like.

It took Haroun more than 8 months to complete the project by drafting the paintings of more than 60 Roman emperors in chronological order. He had to work approximately 3 days to revive each statue.

In his work, he searched for as many busts of an emperor as possible. He worked on repetitive facial features by overlapping the busts he found in Photoshop. Then he colored hair, skin, and eyes in Photoshop.

About Haroun Binous's work “If an emperor has a lot of hair and a beautiful beard, it means a big problem for me. Because the artificial intelligence face works well, but not curly hair and long beards. " saying confessed that emperors were difficult figures. 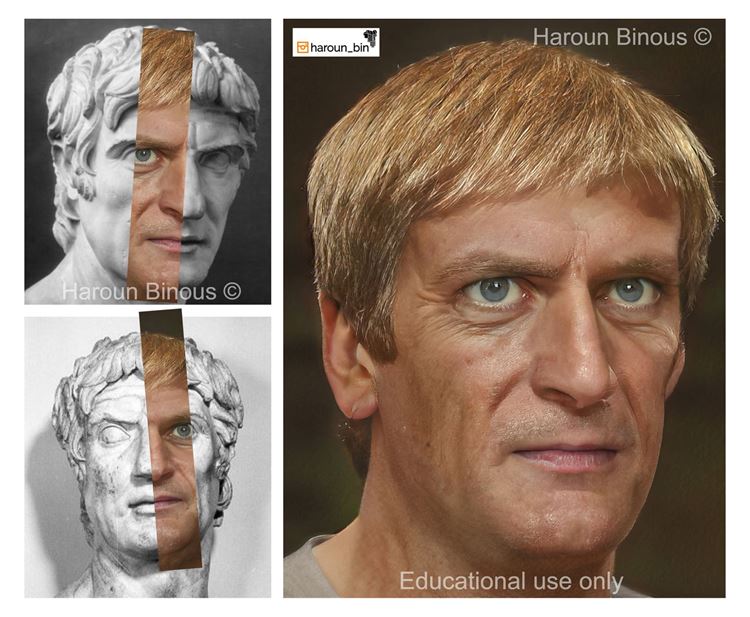 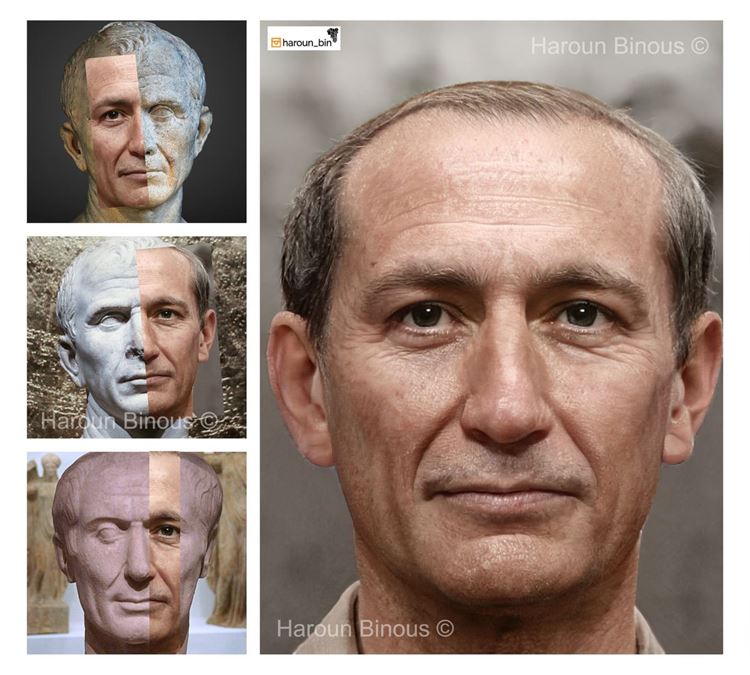 Roman military and political leader. He played a critical role in the transformation of the Roman Republic into the Roman Empire. 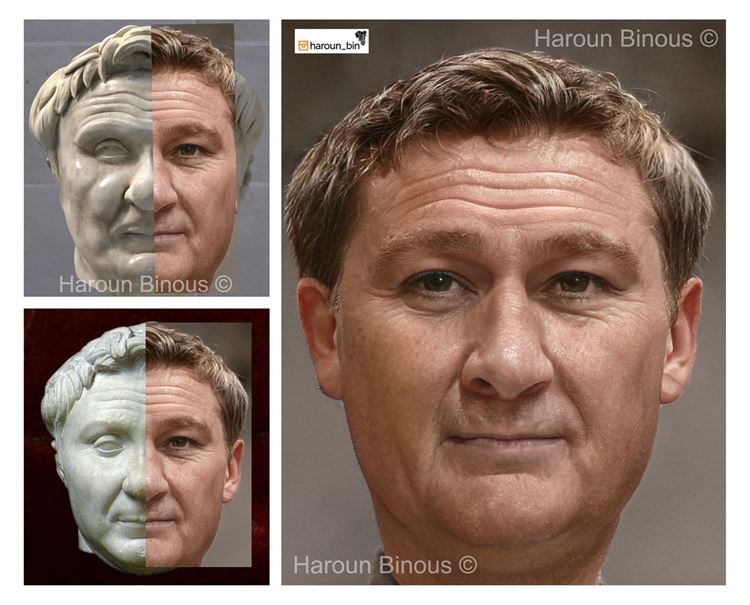 He was a military and political leader in the late Roman Republic. 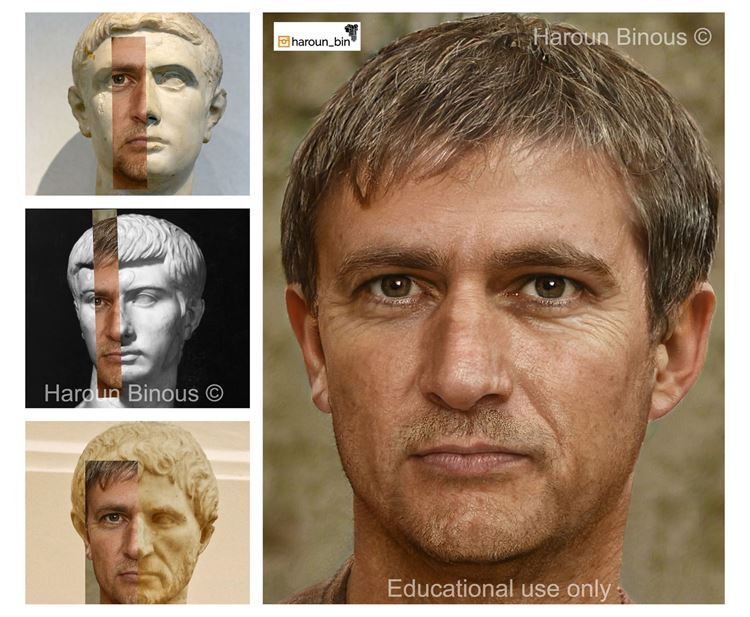 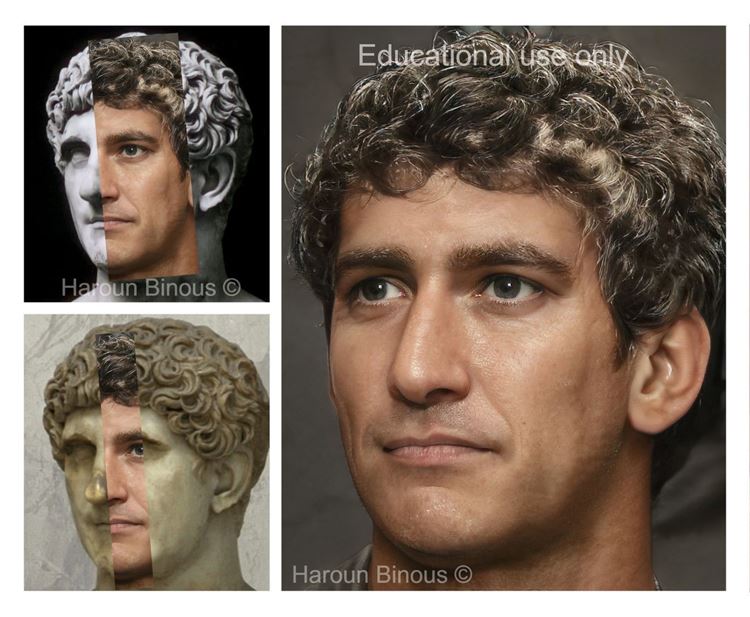 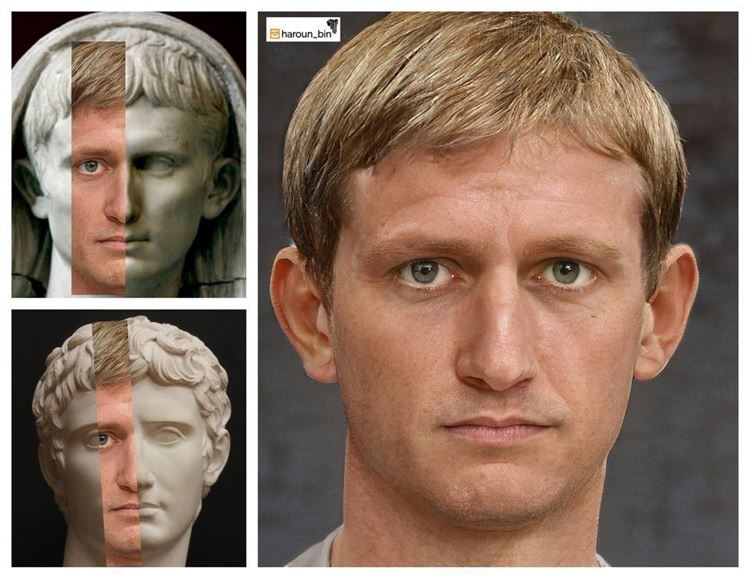 Augustus is the first emperor of the Roman Empire. 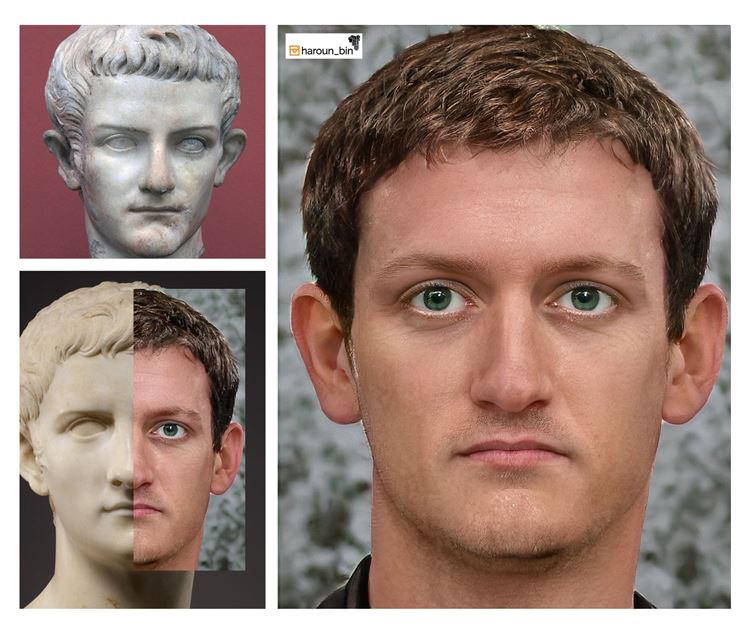 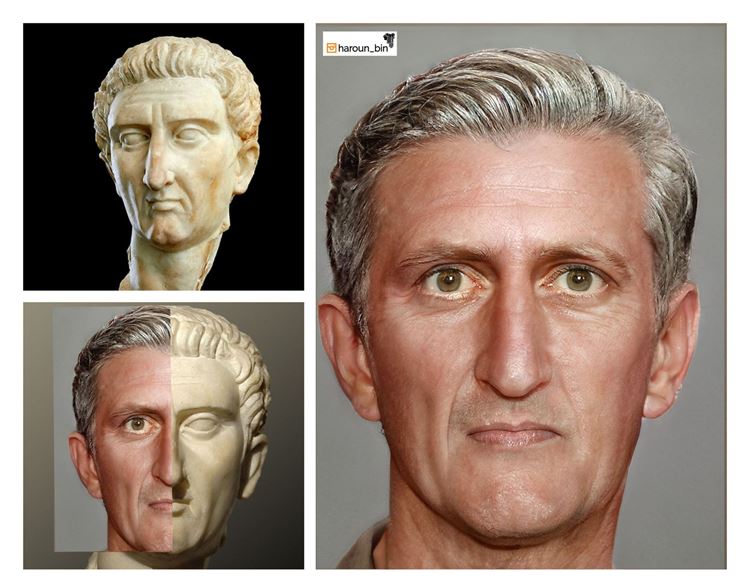 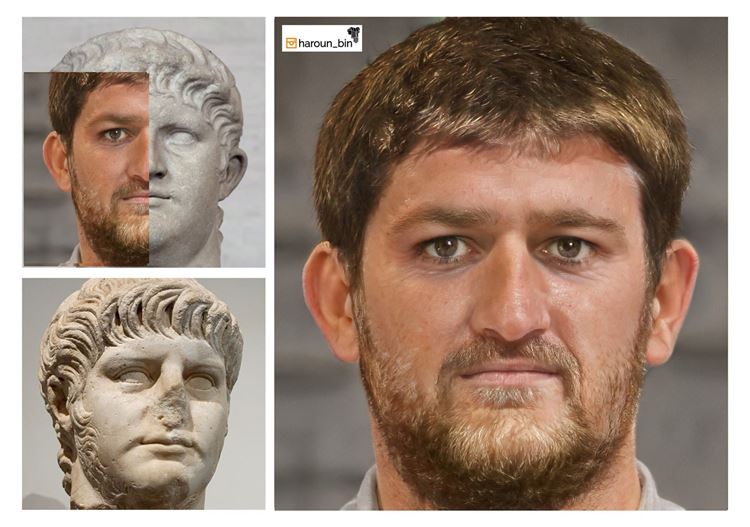 Nero Claudius Caesar, also known as Drusus Germanicus, is the fifth and last Roman Emperor of the Julio-Claudian dynasty. 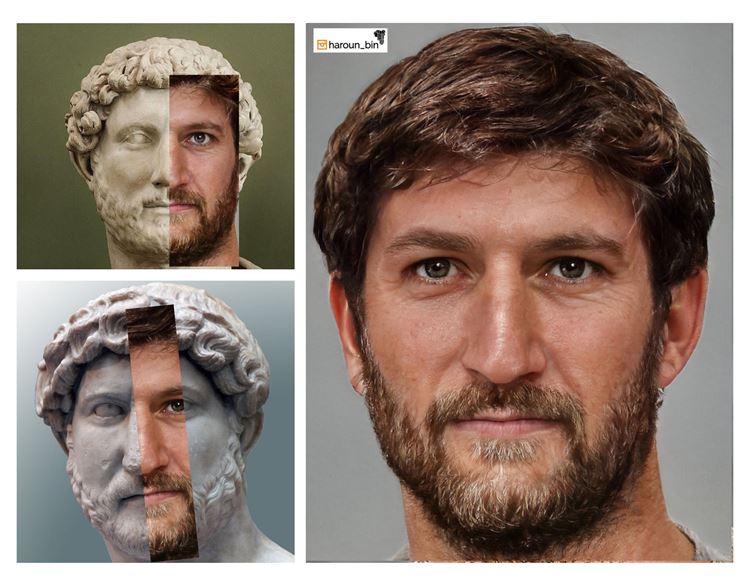 Publius Aelius Traianus Hadrianus, Roman Emperor between the years 117-138, a Stoic-Epicurean, member of the Aelia Clan. Hadrian "is the third of the Five Good Emperors." 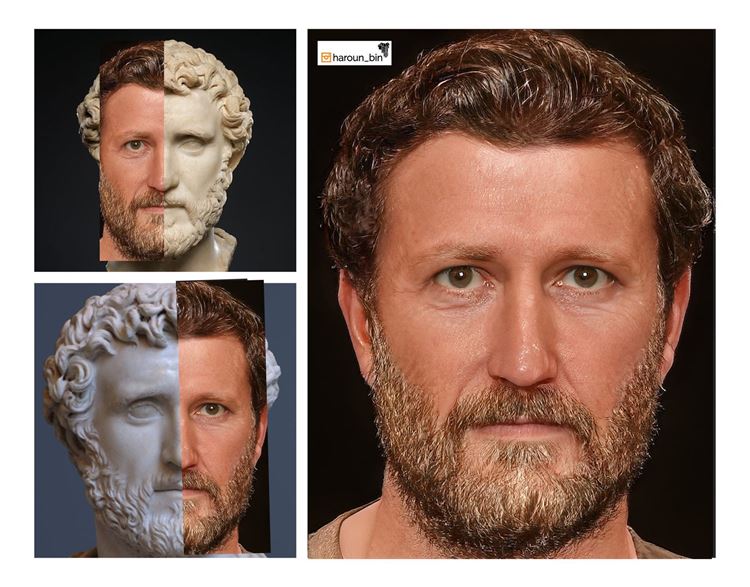 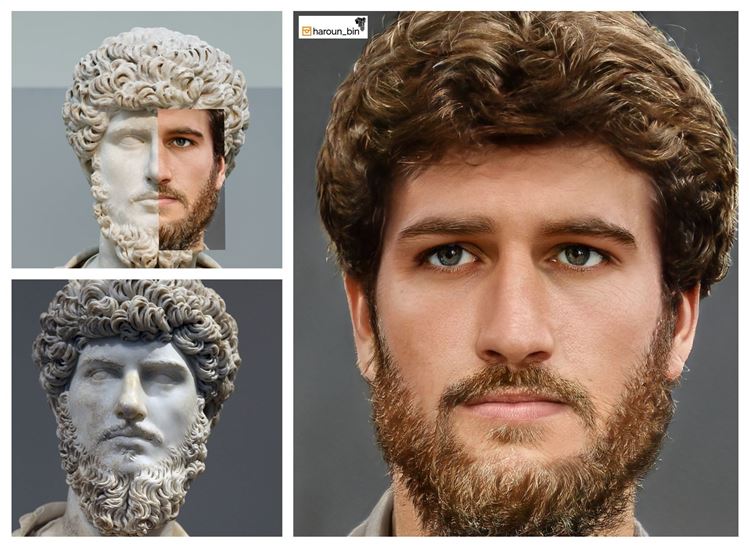 Lucius Ceionius Commodus Verus Armeniacus, Roman Emperor known as Lucius Verus, who was a co-empire with Marcus Aurelius from 161 until his death. 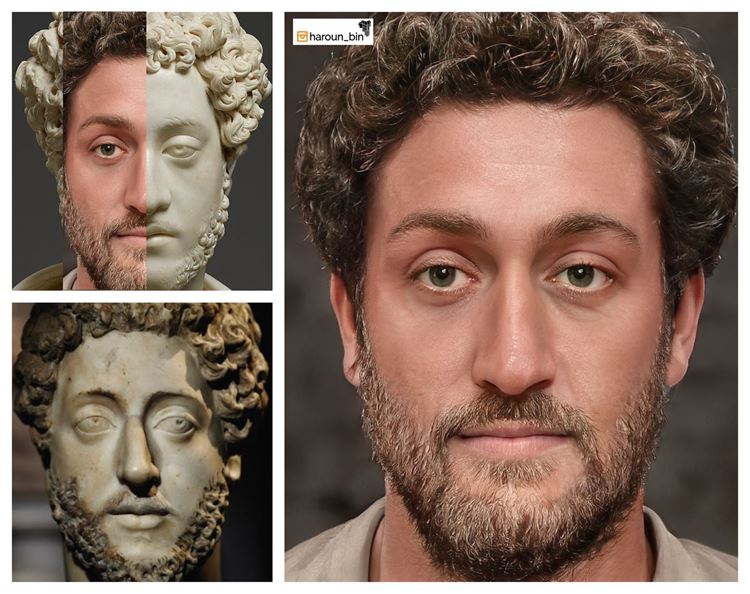 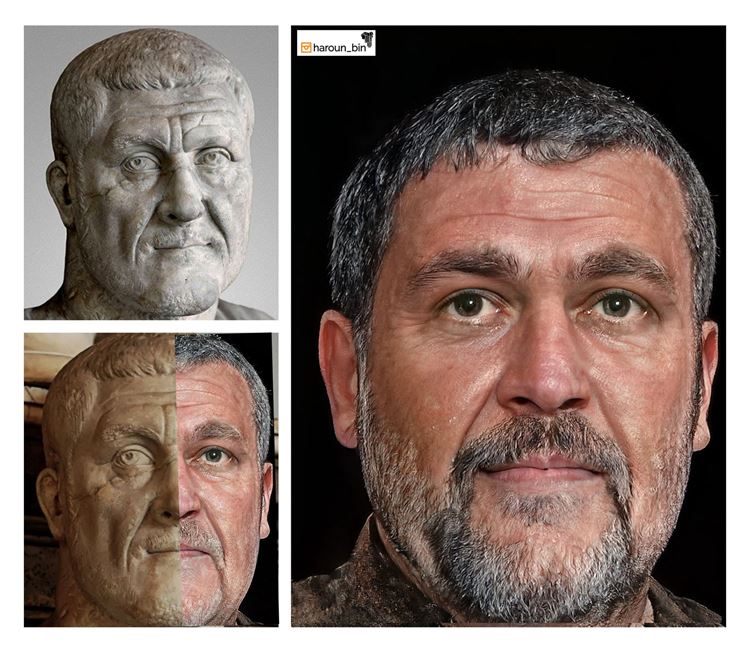 The Roman emperor, who was also known as Gaius Julius Verus Maximinus, Maximinus Thrax, and Maximinus I, ruled between 235 and 238. 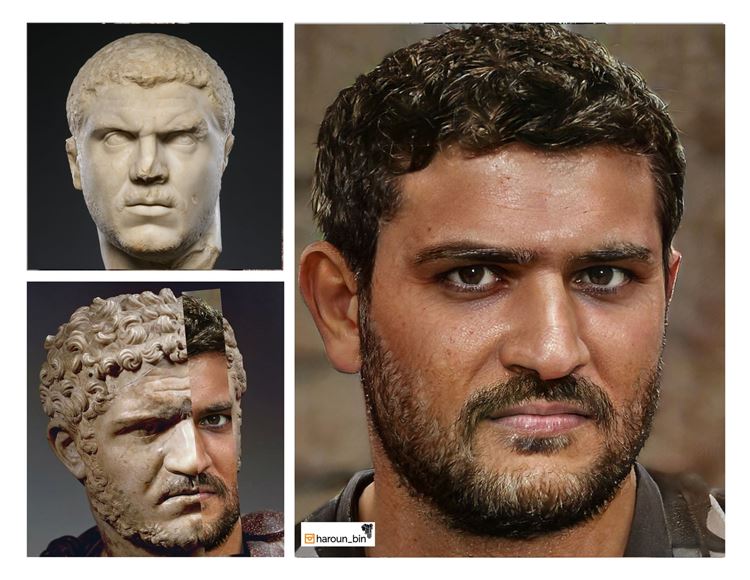 Lucius Septimius Bassianus, Roman Emperor, was enthroned between 211 and 217, also known as Caracalla. 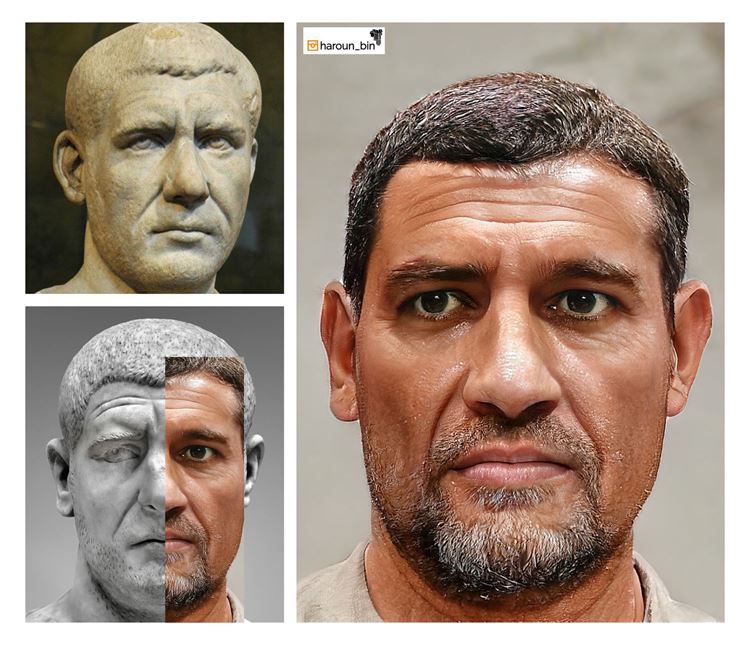 Marcus Julius Philippus is the Roman Emperor, who was known as the "Arab" Philip due to his family roots and ascended to the throne between 244 and 249. 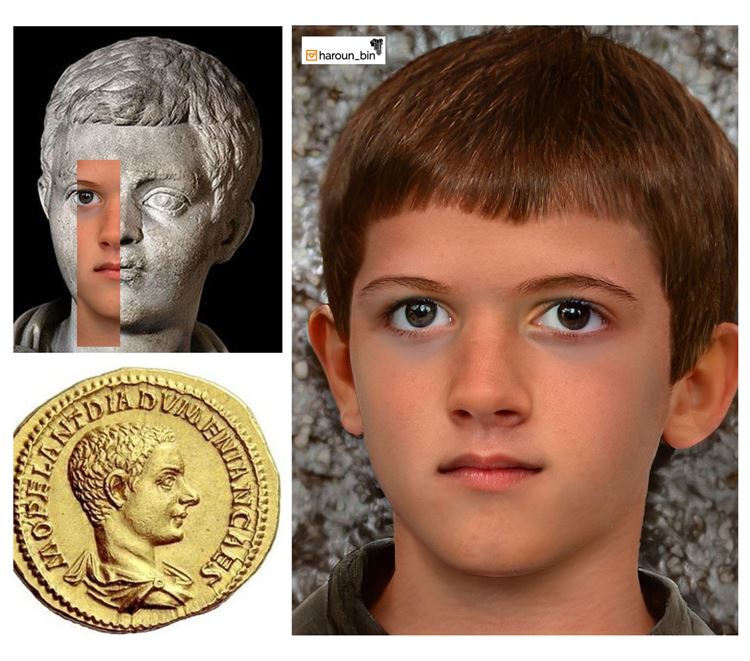 Marcus Opellius Antoninus Diadumenianus or Diadumenian, son of Roman Emperor Macrinus. He became Augustus in 218, after having made according to his father as Caesar between May 217 and 218. 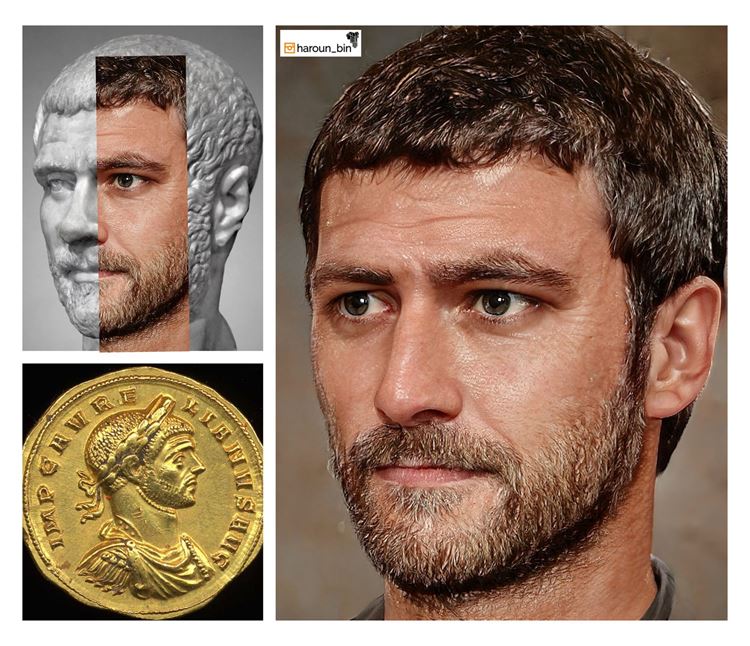 Lucius Domitius Aurelianus is the Roman Emperor known as Aurelian, the second of several successful "military emperors" who helped the Roman Empire regain its power. 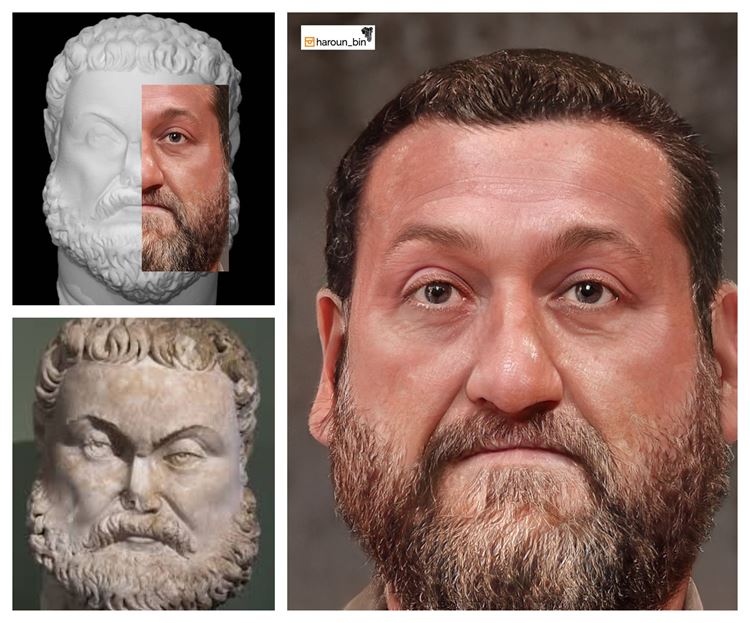 Marcus Aurelius Valerius Maximianus Herculius, also known as Maximian, was the Roman Emperor who served as co-emperor with Emperor Diokletian from 1 March 286 to 305.

Constantius Chlorus. Roman Emperor. He is the father of Constantine the Great, the founder of the Eastern Roman Empire.

You can click on the links below for more works by Haroun Bino.