Self-Portrait in His Painting - Albrecht Dürer

Albrecht Dürer (1471-1528) is generally considered to be one of the first artists to draw self-portraits. During his working life, he made his first self-portrait series of designs and paintings at the age of thirteen. They form an idea of the inner face of their character and personality. In addition to his self-portraits, he included himself in some of his works. Albrecht Dürer described himself as distinct and distinct from others the figures in the background. 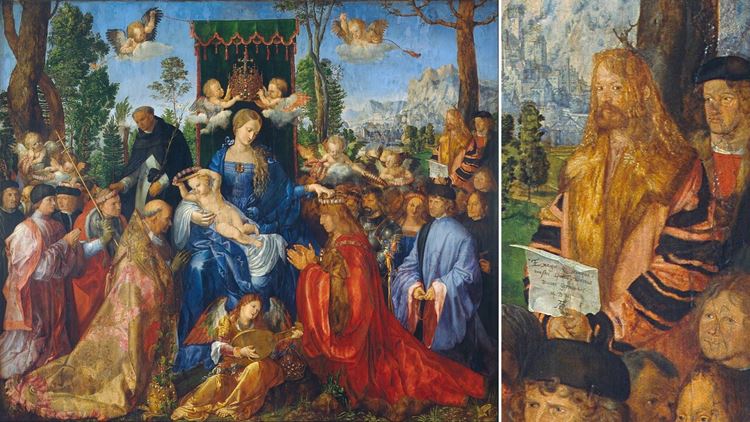 The Martyrdom of the Ten Thousand, 1508 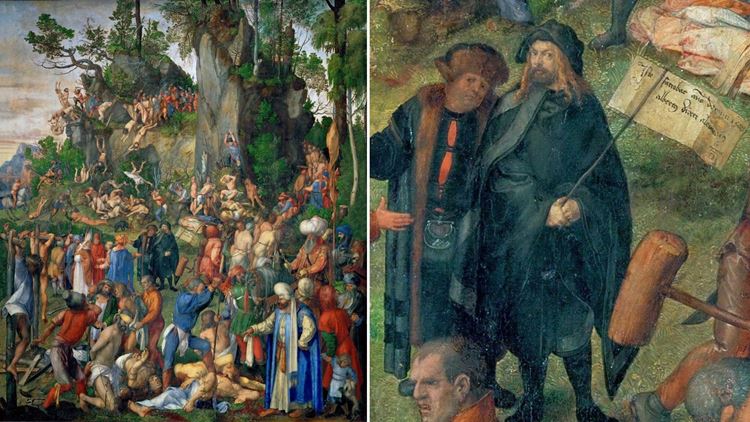 The Adoration of the Trinity, 1511 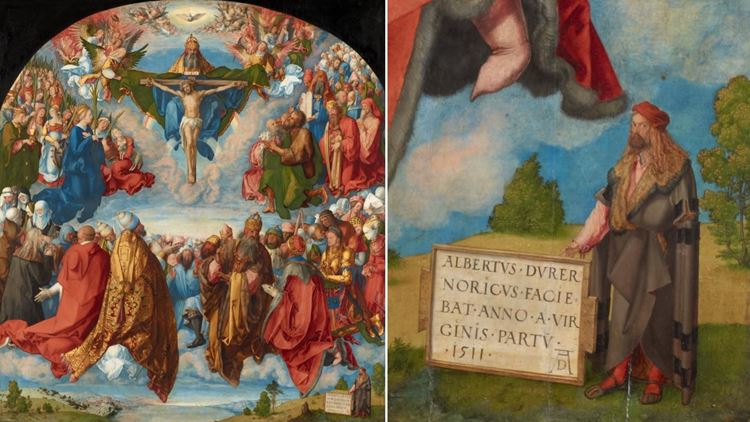 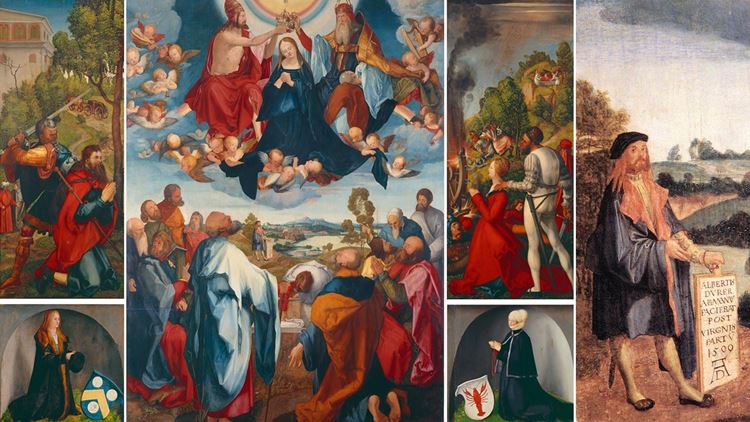